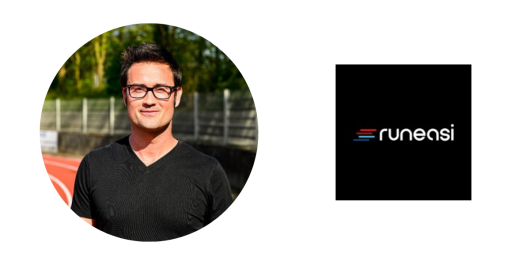 Runeasi is essentially a professional 3D gait lab that can fit in the palm of your hand. Gait analysis of running and walking patterns has become an integral part of understanding lower limb sports injuries. Physiotherapists need gait analysis that is both objective and efficient to reduce uncertainty in the clinical decision-making process. On the one hand, objective measurements are typically limited to sophisticated 3D biomechanics research labs that are time-consuming, unaffordable, and take up space. On the other hand, efficient measurements are usually limited to the 'clinical eye' or 2D video but lack immediate quantitative outputs or insights of the loading response (e.g. kinetic measurements such as impact or peak rate of loading). Runeasi balances these two problems by using both objective and efficient sports technology for the rehabilitation of sports injuries. 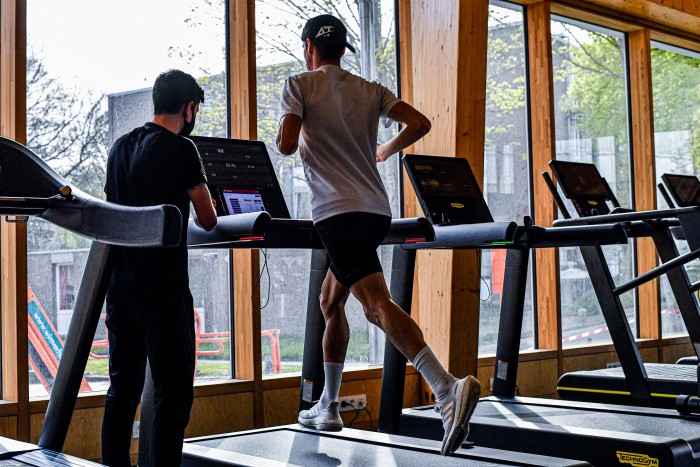 Collaboration with a research institution

Runeasi, founded in 2020, was born from more than 8 years of collaborative research in sports biomechanics (by Kurt Schütte) and sports data science and machine learning (by Tim Op De Beeck) at KU Leuven (KUL), and their promoters Prof. Benedicte Vanwanseele and Prof. Jesse Davis.  With the support of the KUL technology transfer office (LRD) and internal valorization project funding, they were given the opportunity to transfer their research prototype into a commercial prototype within a 2.5-year timeframe and to pursue a high-risk-high-reward venture. The four of them co-founded the company together.

Their early collaboration went really well according to Kurt, who has the following advice to share regarding this early stage venturing process:

Additionally, it is important to make a distinction between classic start-ups and academic spin-offs. In certain startup hubs in the world, the process from idea to team to startup to success (or failure) is to launch first and then either skyrocket or crash-and-burn. A university spin-off, on the other hand, is by nature rooted in careful IP considerations, and in most cases, needs to check all the boxes before being able to start. Kurt: “What I've learned is that technology in itself is neither a value proposition nor an actual product, and if you're planning to sell anything other than the IP itself (e.g. patent license), you better have a thorough route-to-market analysis that will keep on evolving and adapting.” 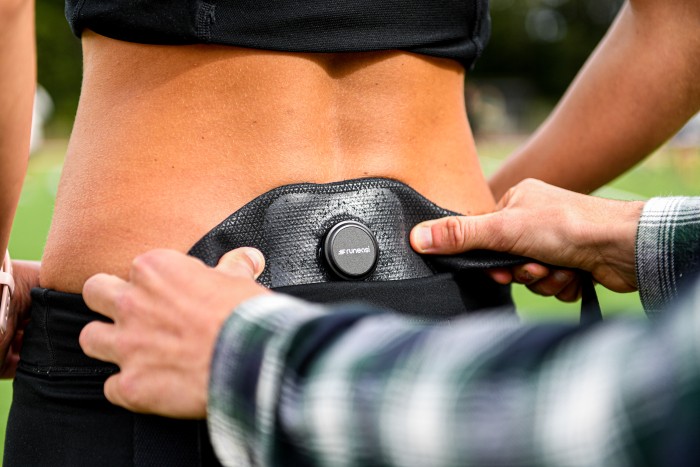 There was already some qualified interest early in the academic phase - there were over a hundred runners and athletes volunteering to participate in their research studies within days of handing out flyers. In addition, these runners wanted to know more about their biomechanics and their individual running injury risk and proclaimed that there was nothing commercially available that they could purchase to help them. This already showed sparks of an unmet need in the market and ignited some entrepreneurial ideas in the Runeasi founders. For example, participant feedback reports on their running biomechanics from wearable sensors) served as early prototypes to the now fully-automatic and immediate reports generated in the current Runeasi application. This allows for fast feedback and actionable insights, in contrast to the initial participant reports that were manually created and took several weeks to generate.

Mapping out the value propositions was quite difficult, and clearly, just having the tech built during the research project was/is not enough. They performed a rigorous evaluation of the actual potential of different markets & the feasibility to enter them in the short or mid-long term. A necessary exercise was first to map out the entire ecosystem of industry players to strategically select the best market entry point and market segment with the highest “value match”. KUL has supported Runeasi in this early process of defining the strategy on a high level.

They did a lot of trial and error and learned very quickly that only a handful of core assumptions can really “move the needle”. To improve this type of exercise, they broke down their core business assumptions into smaller ones that could more easily be measured and therefore tracked. 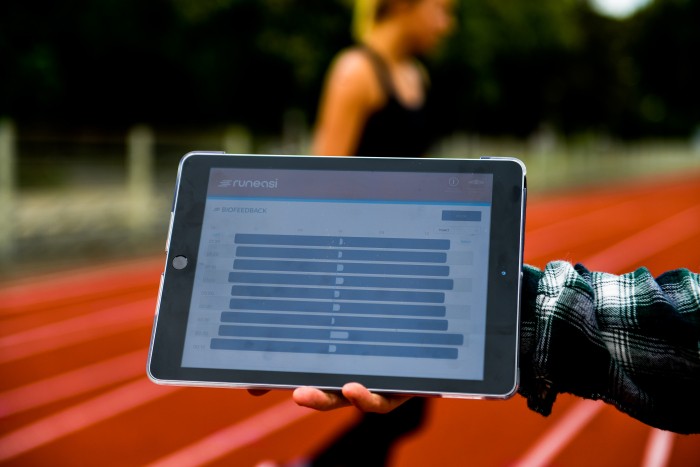 Of course, by having 2 full-time professors as co-founders that are still active in the company, the link with the latest research is easily managed. On top of that, Runeasi licenses some of the IP of KUL whereas KUL as an organization owns a stake in the company. The involvement from the university is mostly related to access to the appropriate network. On top of that, they have helped and continue to help with funding rounds. For instance, one of the external investors was linked to the university and the KUL remains actively involved in key strategic decisions in the board meetings - Kurt told us during the interview.

1. Intellectual property and protecting it: to patent or not to patent?

Shortly after the decision was made to spin out, the first question was whether to patent or not. In the case of Runeasi, they had some support from the KUL in making this decision. A lot of their time was spent on FTO (Freedom To Operate) analysis and they also learned that many software patent applications never get approved or become inactive due to a variety of reasons. When it comes to sensor algorithms, it can become really difficult to detect whether a competitor is implementing your exact algorithm, making it hard to enforce your patent. Therefore they decided to focus on IP protection through trade secrets rather than a patent.

During the earliest validation stages, they had to strike a balance between protecting their IP and gathering crucial feedback from the early adopters in the market. In reality, this meant that non-disclosure agreements were must-haves. Not all early adopters are okay with signing non-disclosure agreements,  which sometimes created tension and delayed the customer validation process.

2. Launching a sports technology product that requires both software and hardware

Forming the necessary partnerships that would allow Runeasi to bring a “whole product” to market was not an easy task to accomplish. The Whole Product Concept, originating from Geoffrey Moore's “Crossing the Chasm”, involves viewing your product as more than just a minimum viable product and rather as everything involved with the experience customers have with your product. Their research expertise and core ‘strength’ were in developing biomechanics and A.I. algorithms for sensors applied to sports, necessary to realize relevant sensor data analysis. The team didn’t have the necessary experience in developing their own sensor solutions. Consequently, they had to decide whether to develop almost everything in-house (i.e. hire hardware engineers to build their own customized sensors) or find a partner that complements their core expertise. The former requires a significant amount of resources - both time (i.e., getting necessary safety labels for approval, e.g. FCC or CE) and external funding (a much larger investment requirement for prototyping, development, etc.), whereas for the latter, a reliable and committed partner was required.

In the case of Runeasi, Kurt and the team eventually decided to partner up with a reputable sensor manufacturer. The process of finding the right partner was not trivial - for each one, they had to test and validate their sensor quality - especially for application to highly dynamic sports. They also had to evaluate the reliability and trustworthiness of their supply. In the end, they are very happy with Movesense, the B2B open platform and spin-off of Suunto, which enabled a much faster way for Runeasi to bring a working product to market as well as validate and iterate on their value proposition in front of their actual prospects. 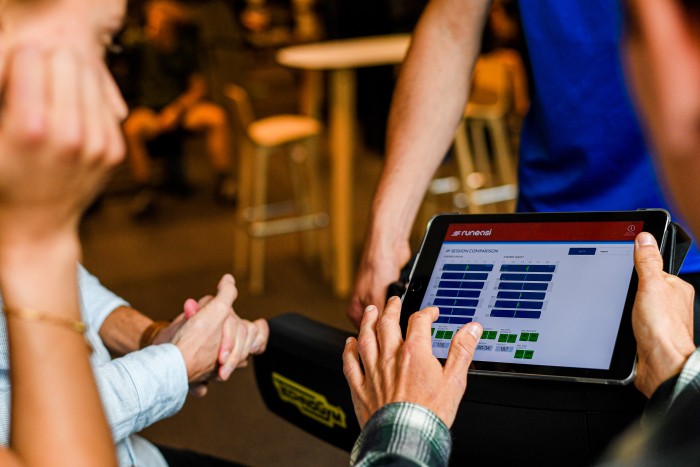 Runeasi is a great example of an early-stage startup that has been launched on the basis of academic research, and based on the information provided to us, they seem to be on their way to becoming a successful company. Here are some key lessons for current researchers or aspiring spin-off entrepreneurs that Kurt was happy to share: 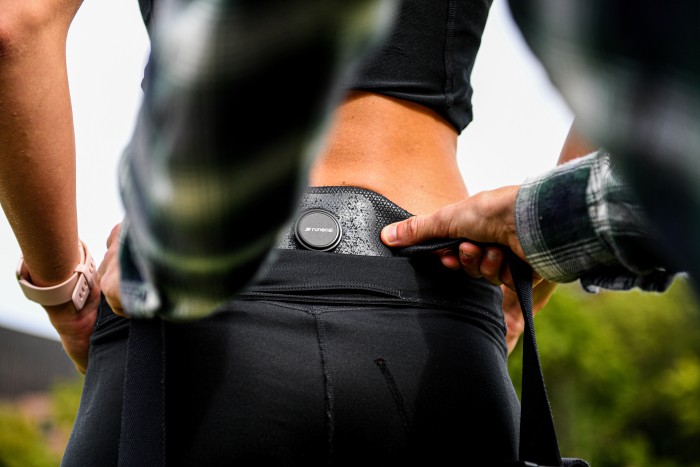 If you’re interested in learning more about Runeasi and its gait analysis solutions, you can contact Kurt directly. If you need an intro, just let us know. Good news: they are actively looking to collaborate further with researchers and international partners to implement their solutions.

For all other STRN-related questions, you can always find us here. Stay in touch!